I was 14 years old and sitting in English class trying to pay attention to Shakespeare.

Instead I kept staring out the window…

The World Cup was on, but my only interest was in getting out of school and making the most of the weather.

Then I heard my English teacher call out my name and say that I had a knack for writing stories. He even went a step further and said I should consider writing as a career.

My parents said the same thing.

But I never paid attention. Nobody ever pays attention to their parents or teachers when they’re a teenager.

I never seriously considered writing as a career anyway. I would always tell people that I had no idea how someone could make money writing unless they were Stephen King.

Fast forward about 7 or 8 years. I’m sitting in another stuffy classroom – this time on a university campus.

But I’m not daydreaming or staring longingly out the window.

This time I’m hooked on what the lecturer is saying.

He’s talking about how tuning the size of semiconductor nanoparticles can change the colour they emit when irradiated with UV light. Something to do with the band gap. The lecturer showed an image of maybe 20 vials of CdSe nanoparticles, all emitting light of a different colour, starting at blue and moving through the spectrum to red. I couldn’t look away.

I wake up drenched in sweat. The sheets are soaked. Again…

The temperature outside is a balmy 27 oC, with high humidity.

If there’s one thing I learned from my time in Singapore and other parts of Asia, it’s that I’m a cold weather kind of guy. Stick me in a cool climate and I’m happy.

That being said, one of the better things to come from my time in Asia’s little red dot is realising I could write for a living.

I guess you could say I came to that conclusion out of necessity.

My first day at my new postdoc position at NUS was memorable. Mainly because my supervisor said that we had group meetings every week on a Saturday morning.

My stomach dropped when I heard that. You know that lurch you get when you hear something unpleasant? That’s what it felt like. I still loved science, but I also knew that I didn’t want to spend the rest of my life in research anymore. So I rushed home and started looking up other ways to make a living.


And writing kept cropping up.

But I would waste a few months first pursuing a couple different business ideas – most of them a waste of time – before I’d eventually settle on copywriting.

Long story short, I launched my writing business in March 2015 in Singapore. It seemed like a good way to combine my background in science with my interests in marketing and copywriting.  And I actually got my first client in the first 6 weeks (a company selling holders for transmission electron microscopes). Yay!

Here’s a question I get all the time: why on earth were you in Saudi Arabia?

I spent some time living and working in Saudi Arabia as an electron microscopist… in a place called King Abdullah University of Science and Technology (KAUST).

Well, most foreigners live in compounds out there. And these can range from very simple set-ups all the way up to small towns. KAUST is also a compound, but to call it that is doing it a huge disservice. It’s more like a 5-star resort without the booze.

Much of my time in KAUST was spent trying to figure out what to do with myself. It can get quite boring there.

But then again, much of my life has been spent trying to figure out the right path.

Managed to sleep in past ten this morning. Again.

It’s what Charles Duhigg calls a keystone habit (it is for me anyway). This means that if I’m able to get this one locked down, other habits will fall into place more easily.

But I’ve struggled with it for years.

And I’ve tried various different programs for doing it.

For example, the new system I’m using to use involves three alarms. Yes, three. One next to my bed, the other in the next room, and then one downstairs in the kitchen. I’m even going to put a calendar up on the wall so I can track my progress. Every time I get up at 05:00, I’ll put a big orange X through the date.

Hopefully, this will be the system that helps transform me into an early bird. Because the right system ultimately makes your life easier, and helps you put good habits on autopilot.

And one thing I learned is that if you have your marketing set up as a proper system, then all your content and copy does its job.  If marketers in scientific technology companies take steps to automate their lead generation efforts by using systems, their lives become a lot easier.

Present day. Sheffield, UK. Finally, a cool climate (though the summer this year had some scorchers).

More than 10 years of scientific education and research made me realize one thing:

I love to write. But the actual academic part? Not for me thanks. Being a copywriter allows me do what I enjoy most (writing), while continuing to leverage my science background and my interest in marketing.

For me, launching this business is my way of helping scientific technology companies share their story. Of course, this has also meant learning new skills in marketing and copywriting along the way.

So in a way, I’ve come full circle.

Stories are what drive and motivate people to do something.

Luke Skywalker didn’t believe in the Force. But then at the end of Star Wars, he not only believed it, he used it to bring down the empire. That’s the Star Wars story.

A story is the bridge of how one goes from “no vision” to “vision.” A story has a beginning, a middle, and an end. A story has a person with a problem, how they solve it, and the journey they take.

And businesses of all kinds need to tell their story.

Where will I go from here?

Who knows… probably nowhere until the COVID-19 lockdown ends. But it’s unlikely to be someplace warm and humid :). 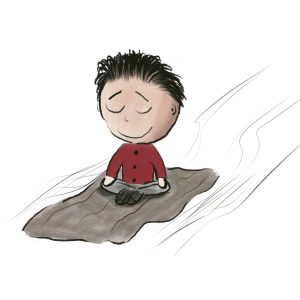